Home > What is ketosis?

Nutritional ketosis is a metabolic state achieved when your body burns fat as its primary source of fuel rather than carbohydrates. In order to reach ketosis, you must reduce your intake of carbohydrates to around 5 percent of your total calorie intake, or roughly 20 grams of carbohydrates per day.

For most of us, our bodies are accustomed to using glucose, or sugar, for energy. When you reduce your carbohydrate intake, your body has to search for other sources of energy. It first turns to glycogen, which is excess glucose that has been stored in the liver and muscles. Each gram of glycogen is bound to 3 to 4 grams of water, so as the glycogen is released, the water goes with it. This is why it's common to lose water weight at the beginning of a low-carb or ketogenic diet.

Once stores of glycogen are depleted, your body will begin burning fat. When this happens, the liver produces molecules called ketones, which are then used as fuel. Dr. Richard Veech, one of the world's experts on ketosis, has shown that the heart and brain work 25 percent more efficiently when fueled by ketones rather than blood sugar, which may account for the increased mental clarity that is a hallmark of the ketogenic diet. Some parts of the brain do require glucose, but the body can produce glucose from protein through a process known as gluconeogenesis.

Ketosis should not be confused with ketoacidosis, which is a life-threatening condition marked by a high concentration of ketone bodies that can occur in people with diabetes. Ketoacidosis is very rare in people who do not have diabetes.

During the the first few days of a ketogenic diet, as the body adapts to burning fat instead of glucose, it's common to experience unpleasant side effects, which may include headaches, nausea, fatigue, irritability, and brain fog. Commonly referred to as keto flu or induction flu, this is a result of your body withdrawing from carbs and learning to create the enzymes that it needs in order to burn fat. Don’t worry — keto flu is normal and it doesn’t mean that a low-carb / ketogenic diet is wrong for you! It just means that your body is adjusting. Keto flu typically only lasts a couple of days.

Not everyone gets keto flu. You can prevent or reduce symptoms of induction flu by taking several steps:

Being in ketosis vs. being keto adapted

There is a difference between being in ketosis and being “keto adapted,” or “fat adapted.” Ketosis can occur rather quickly. You may even shift into ketosis while you're sleeping without realizing it if you have a healthy metabolism. Most people who adopt a low-carb diet can achieve ketosis in a couple of days. You can check for ketones in your urine using ketone strips. If the color on the end of the ketone strip changes — even just a little bit — it means your body is producing ketones.

Being keto adapted, however, means that your body recognizes fat as its preferred source of fuel and is burning fat efficiently. This transition, often referred to as keto adaptation or keto induction, typically requires maintaining ketosis for several weeks.

Once you’re fat adapted, the body can convert fats into fuel more efficiently, and can switch between using carbohydrates and fat as needed.

Learn how to tell if you’re fat adapted >

Ready to get started on keto?

Download my free keto start guide to learn what to buy, what to expect during your first month, and what to eat as you start your ketogenic diet! 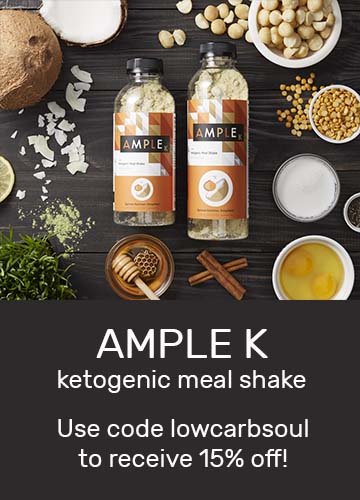 How to boost your immune system

10 things to know before starting keto

4 things you don’t have to do on keto